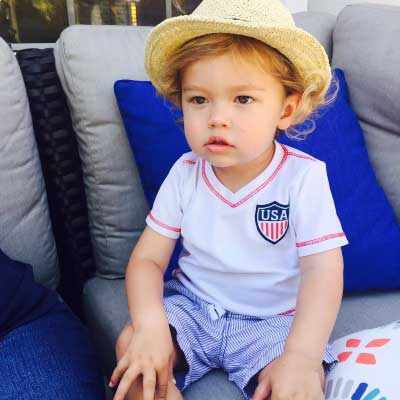 Andrew and Melissa Eads found out their son, Jackson, had congenital pulmonary airway malformation (CPAM), also known as congenital cystic adenomatoid malformation (CCAM), during Melissa’s 20-week ultrasound. CPAM/CCAM, the most common type of fetal lung lesion, is a cyst or lump in the baby’s chest that can compress blood vessels and cause undue strain on the heart as it circulates blood throughout the body.

Andrew and Melissa, who were living in Los Angeles at the time, quickly realized that the surgery Jackson would need after he was born needed to be done by the most experienced, capable CPAM/CCAM surgeon in the world — Dr. Steven Rothenberg at Rocky Mountain Hospital for Children’s (RMHC) Center for Maternal Fetal Health.

After Jackson was diagnosed with CPAM/CCAM, doctors in Los Angeles continually monitored the rest of Melissa’s pregnancy to ensure both her and Jackson stayed healthy until he was born in a neonatal intensive care unit at Cedars-Sinai Medical Center.

Soon after Jackson was born, Andrew and Melissa visited numerous pediatric surgeons in California to determine the best treatment option for Jackson, all of whom mentioned Dr. Rothenberg as the most experienced childhood lung disease surgeon in the world.

“We quickly came to the realization that Rocky Mountain Hospital for Children was the place we need to be at,” said Andrew. “After making the trip to Denver and meeting with Dr. Rothenberg, we knew he was somebody we could trust our son’s life and health with.”

The day after meeting Dr. Rothenberg in person for the first time, 20-month-old Jackson underwent surgery to remove the cyst in his lungs. Thanks to Dr. Rothenberg’s guidance and the RMHC staff’s support, the surgery went off without a hitch.

After two days in the hospital, doctors discharged Jackson to his relieved and thankful parents. “There’s always worry with any surgery, and it’s magnified when it’s your kid,” said Andrew. “We were made to feel comfortable and confident in what was going on with Jackson before, during and after surgery; and we are so thankful for that.” 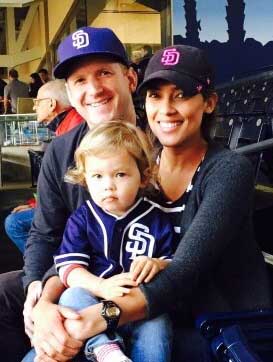 After a week in Denver, Andrew and Melissa were back at their home in San Diego with a completely healthy Jackson. Apart from a few small scars on his chest, you would have a hard time knowing Jackson had had any surgery at all. “Even though it’s a thousand miles from home, it was definitely worth the trip to find the right place and people to take care of our son,” said Andrew.

Depending on the severity of CPAM/CCAM, children who undergo surgery after birth run the risk of long-term complications if it is not treated and removed properly. Thanks to the expertise of Dr. Rothenberg and the RMHC team, Jackson is not expected to have any long-term effects following his CPAM/CCAM removal, something for which Andrew and Melissa are forever grateful.

More information about the Center for Maternal Fetal Health: read more patient stories, learn more about the conditions we treat here or call us at (720) 754-4902.