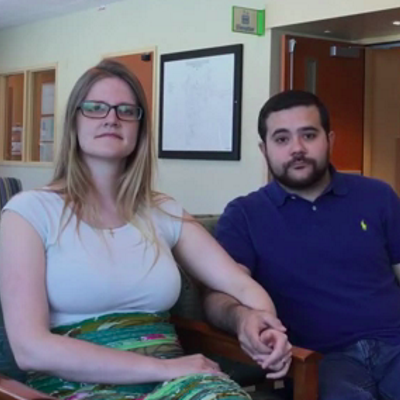 Jose and Sarah Sala-Guth found out their son, Joseph, was born with a series of unexpected conditions that would require multiple surgeries, and he was transferred to the NICU immediately after birth. In recovery from his third surgery, doctors discovered an unknown heart condition and informed Jose and Sarah that Joseph would need to undergo open-heart surgery. He was transferred immediately to Rocky Mountain Hospital for Children (RMHC), leaving Jose and Sarah concerned about Joseph’s now uncertain medical future.

Settling in to a New Reality

During Joseph’s extended stay in the neonatal intensive care unit (NICU) and multiple surgeries, his parents came to be like family with the RMHC staff. The doctors, nurses and staff greeted them by name and created a personal atmosphere where they felt empowered to make decisions for their son’s health.

“The team here at Rocky Mountain Hospital for Children made us a part of the decision-making process, every step of the way. They worked hard to make sure that our needs as parents were met, in addition to taking excellent care of our son.

The surgeons, doctors and nurses are invested in our son in a way that you just don’t expect from a large organization. The doctors call on their days off and ask how Joseph is doing. We feel like people are truly invested in the health of our child.”

On the morning of Joseph’s open-heart surgery, the team at RMHC arrived with a personal touch.

“It was a very powerful moment for us, and Dr. Steven Leonard, Joseph’s surgeon, was the face of confidence. He was thoughtful enough to give us a small gift, a figurine of a young boy with a heart. And we knew from that moment that Joseph was in the best possible hands for this surgery.”

Joseph’s surgery went off without a hitch, exceeding the expectations of the doctors and the family. The family recalls the moment they heard the news that surgery was successful.

“It was a miracle. It was the most amazing news we’ve received.”

After Joseph’s multiple surgeries and months spent in the NICU and pediatric intensive care unit, he’s made a full recovery. The Sala family left RMHC in June, and since then, Joseph has been living a happy, healthy life.

His family recently vacationed to Estes Park, where Joseph’s heart had no problems with the higher altitude. He’s a playful child with a big support system and a lot of people invested in his health.

“We recently went back to Rocky Mountain Hospital for Children for a follow-up appointment, and Joseph’s doctors and nurses were so excited to see him and hold him again. We really could not be more grateful for the care that our son received.”