What’s up with teenagers and sleep?

Teenagers and sleep get a bad rap a lot of the time. It seems that most teens constantly act like they aren’t getting enough sleep and are trying to 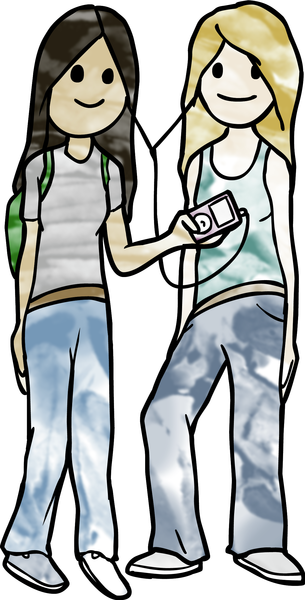 catch up whenever the opportunity presents itself (sometimes even when it’s not appropriate!). Before you’re too hard on your teen, make sure you know the facts.

While sleep needs vary by individual, teens are still growing and tend to need more sleep than their parents. On average, teens should get at least 8 1/2 to 9 1/4 hours of sleep each night. When teenagers don’t get the sleep they need it can lead to a variety of issues, including acne and other skin problems, acting out, inappropriate behavior or overreacting.

Another important health issue that can arise if teens don’t get enough sleep: the likelihood of injury in young athletes increases. It’s critical to get enough sleep to sustain extended periods of practice or play. Sleepy teens are also more prone to obesity, which makes activity and sports far less fun and attractive. Teens who don’t get enough sleep are also likely to try to get an energy boost from caffeine, which can lead to dehydration and further decrease sports performance.

In the end, there is no replacement for a solid 8 1/2 to 9 hours of sleep. For many teens, the tendency to become a “night owl” sets in. Despite the desire to stay up late, a bedtime that allows for the recommended amount of sleep is necessary. Even though many schools are starting to recognize the need for teen sleep and consider later start times, current earlier school times make it so teens have to wake at an early hour. “Night owl” teens that still need to wake up and get to an early class miss out on a lot of much-needed sleep. This behavior will only exacerbate a teen’s desire to “catch up” on weekends and stay in bed until late in the morning -- or even early afternoon! Encourage your teen to go to bed at a reasonable time on school nights to avoid going into “sleep debt.”

“If your teenager is having difficulties achieving the recommended amount of sleep at night, or is appearing sleepy at baseline throughout the day, be sure to address this with their primary care provider – a consultation with a pediatric sleep specialist may be beneficial in getting your teen back on track,” said Dr. Ramon Cuevas, pediatric neurologist at Rocky Mountain Pediatric Neurology and Sleep Medicine.

Do you have tips on healthy sleep habits for teens? Share them with us on the Rocky Mountain Hospital for Children Facebook page.