Keeping kids at the top of their game 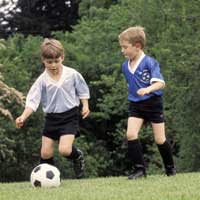 From blown-out knees in six-year-old soccer players and separated shoulders in Pee Wee quarterbacks to strained elbows in Little League pitchers, sports injuries among American youth are escalating nationwide. Colorado is no stranger to the trend.

According to the Centers for Disease Control, high school athletes alone account for an estimated two million injuries, 500,000 doctor visits and 30,000 hospitalizations annually. Meanwhile, the American Academy of Orthopedic Surgeons reports that 3.5 million children 14 and under are treated for sports injuries each year–roughly half of them suffering from overuse injuries.

Among the most dangerous sports is football, with 920,000 kids landing in the emergency room or doctor’s office with concussions, ankle sprains, low-back injuries and heat stroke. Meanwhile, one recent study found a five-fold increase in serious shoulder and elbow injuries among youth baseball and softball players since 2000.

When it comes to rates of serious injury, cheerleading ranks near the top, accounting for 16,000 ER visits annually and half the "catastrophic" accidents (leading to death or serious injury) among female youth athletes. Meanwhile, thousands of female soccer players (who are four-to-six times more prone to knee injuries than male counterparts) suffer torn anterior cruciate ligaments (ACLs) annually.

The good news for young athletes

Alarmed by the rising numbers, surgeons came together to launch STOP Sports Injuries, a national campaign aimed at educating parents and coaches on prevention strategies. Meanwhile, Colorado is becoming the hub of a burgeoning new specialty of pediatric sports medicine, with the Rocky Mountain Pediatric OrthoONE. The center provides comprehensive care for sports injury in youths, state of the art non-operative and surgical treatment services, sports-focused rehabilitation services and concussion care. 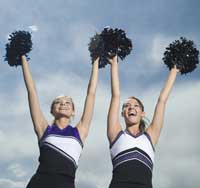 Specialized care is critical for youth athletes because, as Pengel explains, "Kids are not just mini-adults. There are injuries that happen in children that literally cannot happen in adults, because adults are done growing."

For instance, kids are particularly vulnerable to overuse injuries and fractures at their growth plates – areas of developing cartilage at the ends of the long bones (by adulthood, those plates have hardened into bone). And because kids’ bones heal so quickly, it’s critical they get proper diagnosis and treatment fast, before things heal incorrectly.

While all sports inherently come with some risk, the American College of Sports Medicine estimates that 50 percent of injuries are preventable. Here’s how to stay safe:

Children's Health: Is it a Sprain, Strain or Break?