When Your Child Swallows a Magnet Without You Knowing 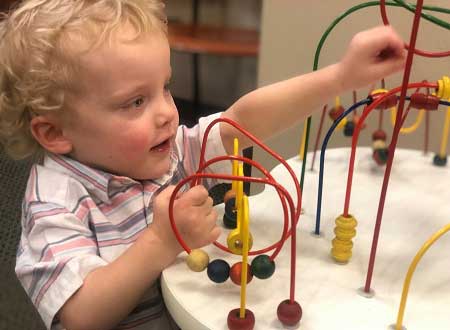 In the middle of one night in early February, an x-ray revealed a Denver mother's worst nightmare. Alistair Lawyer's 2-year-old son, Izadore, had swallowed two magnets. The little boy had spent Friday night vomiting. On Saturday, Izadore, who goes by Izzy, was tired but seemed OK. Then on Sunday evening, he starting throwing up again, and this time there was blood.

"I panicked," said Alistair, who wrapped a blanket around Izadore and drove to nearby Rocky Mountain Hospital for Children (RMHC). The doctor ordered an x-ray of the little boy's abdomen. The imaging revealed he'd swallowed two 10-by-3 millimeter magnets, which had fallen from the top of the fridge. The magnets were stuck together in his intestines.

After an enema failed to move them, pediatric general surgeon Dr. Sarah Lai performed a 4-hour surgery to remove them and repair four holes in Izzy's intestines.

In total, the toddler spent five days in the hospital. The first few weeks after he was discharged, Izzy was doing great, running around and playing with his three older siblings like normal. Then three weeks after his surgery, during a late-February trip to Wisconsin, Izzy started screaming and clutching his abdomen.

An MRI at American Family Children's Hospital in Madison revealed an intestinal blockage likely caused by scar tissue, a common complication following intestinal surgery. They put him on belly rest, restricting food and liquids, and treated him with contrast liquid. Thankfully the strategy worked and Izzy didn't have to undergo surgery again, though he spent four days in the hospital again.

"This could never happen again, or it could happen 10 more times," Alistair said. "We really don't know. Thankfully he seems totally fine now, and is running around with his cousins again and playing."

Watch Out For These Symptoms

Certainly, Izzy is far from the only child that's swallowed something harmful. Dr. Lai has treated children who have swallowed coins, button batteries, a dog toy, safety pins and even a big piece of hot dog. And it's not just young kids — older children and teens trying to make magnetic tongue rings have also swallowed magnets, Dr. Lai said. 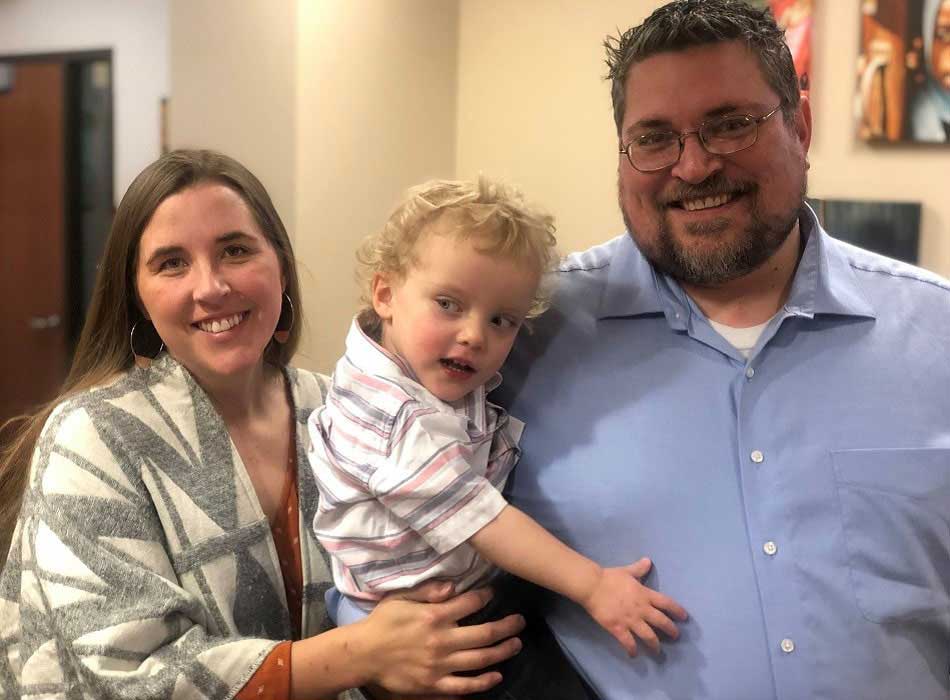 Alistair is sharing Izzy's story to hopefully prevent other families from going through the same traumatic situation. It's important for parents and other caregivers to know the symptoms kids might have if they do swallow something unbeknownst to anyone. The symptoms could include abdominal pain, vomiting, drooling, gagging, refusing to eat, a fever and even breathing issues, according to Dr. Lai.

"These are really non-specific symptoms and common things being common, there's usually another reason for them," said Dr. Lai. "Witnessing a child swallowing something is the only history you can count on, and maybe if there's a sensation of something stuck in their throat."

Baby Proofing and Other Advice

After Izzy's surgery, Alistair scoured the house, throwing away all of the magnets and looking for any others that might have escaped.

When it comes time to baby proof your home, Dr. Lai recommends crawling around on the floor yourself and looking for anything that kids could swallow, anything loose or that could break or peel off.

How to Treat and Prevent Your Child's Allergies

April 16, 2019
The spring season can cause allergies to flare up or worsen. If your child suffers from allergies, here's how to prevent and treat allergy symptoms...
Previous Post

What You Need to Know About Scoliosis

February 14, 2019
While most cases of scoliosis are mild, it's important to diagnose early to stop the condition from worsening.
Next Post
Back to blog home

From Shy to Shining — How To Help Your Kid Overcome Shyness

Signs Your Child is Being Bullied at School