The Truth About Tourette Syndrome: Understanding This Perplexing Disorder 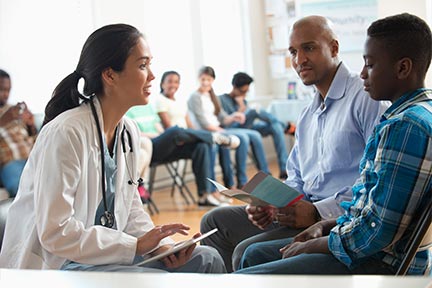 Tourette syndrome causes uncontrolled, sudden or repetitive muscle movements and sounds, also known as tics. The symptoms of Tourette syndrome typically appear in childhood, likely between the ages of 5 to 9 years old. Boys are more likely than girls to be affected by Tourette syndrome. Tics might get milder as children age, or go away entirely as kids grow into adulthood.

Understanding tics in children with Tourette syndrome
There are two types of tics associated with Tourette syndrome: motor tics and vocal tics. Motor tics refer to sudden and uncontrollable movements like exaggerated eye blinking, grimacing, head jerks or shoulder shrugging. Vocal tics include repeated throat clearing, sniffing, or humming. Tics are classified as simple or complex, in that they either involve just one muscle group or multiple muscle groups.

In some cases, a person with Tourette syndrome might have a tic that makes them harm themselves, or have a complex vocal tic that involves calling out, repeating someone’s words or involuntary swearing.

Many children and adolescents with Tourette syndrome have other behavioral conditions, such as attention-deficit hyperactivity disorder (ADHD), obsessive-compulsive disorder (OCD), a learning disability, or generalized anxiety disorder.

A child or teen diagnosed with Tourette syndrome might need to see a neurologist, a physician who specializes in health conditions related to the nervous system. There isn’t a specific test for diagnosing Tourette syndrome. Typically, a doctor looks at a child’s family history, medical history, symptoms and administers a physical exam and other tests to determine a possible diagnosis of Tourette syndrome.

While there isn’t a cure for Tourette syndrome, there are treatment methods to help children and adolescents manage their tics and better control their symptoms. Tics are usually most severe before the mid-teen years and many with Tourette syndrome see a significant improvement in their late teens and early adulthood.

Tourette syndrome is not a psychological condition, but a doctor may refer children and teens with this disorder to a psychologist or psychiatrist. A therapist can help someone with Tourette syndrome deal with the stress of their condition and manage their behavioral problems, like ADHD, OCD or anxiety.

September 24, 2018
The Centers for Disease Control and Prevention (CDCP) reports that over 12,000 children and teens die every year in the United States from unintentional...
Next Post
Back to blog home

What you need to know about scarlet fever