Get your kids fit, the benefits are amazing 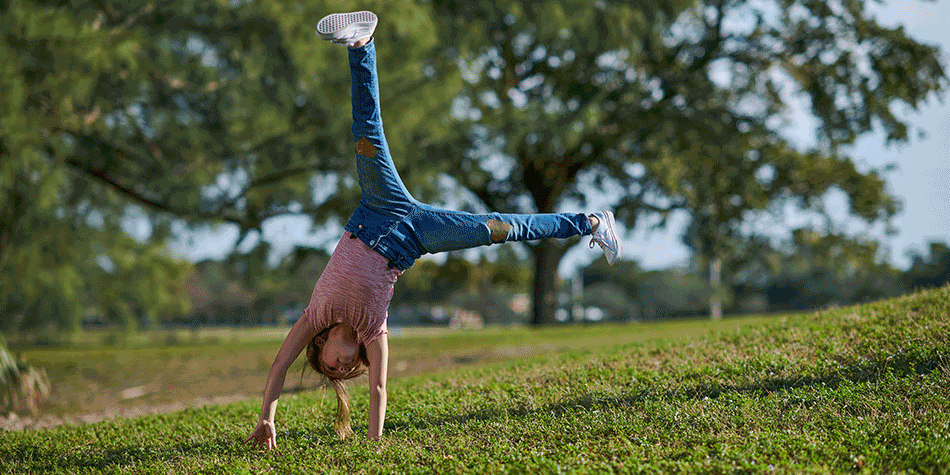 The proven benefits of exercise are amazing for adults, which include self-confidence, a sharper mind, healthy blood pressure and healthier body mass. These benefits are just as vital for kids. Unfortunately, there is an ever increasing number of eight to 18 year olds who are not reaping those benefits.

Tweens and early teens are averaging almost nine hours per day looking at electronic screens, phones, video games or television. But before you eliminate all of the screen time, here is what research has found to be effective in getting kids to exercise and loving it.

The 5 best ways to get your kids to exercise:

1. Go ahead and get that puppy. Research shows the children who have dogs will watch less television or play video games and are more prone to physical activity than those families who do not own a pet.

2. Act as though your kids are the next great professional athlete. Parents who believe that their children have athletic ability are much more likely to raise them wanting to be active. The transition of belief-to-reality begins early in their life. Researchers studied preschool children for the connection, not high school student-athletes.

3. Lead be example. Kids with parents who are physically active are almost six times more physically fit than families where the parents are not.

4. Put a time limit on screen time, and enforce it. Be sure not to leave a televisions and other electronic devises on when they are not being used. Research shows that children's whose parents set and monitor rues for screen time will, on average, spend almost three hours less a day in front of a screen, than families where no rules are enforced or exist.

5. Consider rewarding your children for exercising, at least in the beginning, until they start to feel the rewards of exercising regularly. It could be something as simple as an extra hour of screen time on a weekend, or even a family activity.

The 4 worst ways to get your kids to exercise:

1. Do not rely on team sports for your children to get active. Studies show that less than a quarter of kids on baseball, softball, and even soccer teams get a full one hour of physical exercise, during practice, which is the recommended daily amount of time.

2. Do not send your children to school in clothing that is not very conducive to physical activity, such as flip-flops or really nice clothes. This could be keeping them from becoming active on the monkey bars or playground. Make sure you follow the school's policies for recess-approved apparel.

3. Do not expect your children to work out like an adult. Children are not yet created to do long, steady jogs, but they are able to start-and-stop activities. They are not mentally ready for endurance-related physical activities.

4. Do not push too hard with exercise. Remember, you are teaching a life skill, and they can either love it or hate it. Make it fun!

Following a few simple rules can help get your kids active for a lifetime of fitness. Countless studies show the benefits of being physically active on a regular basis.

Help your child deal with stress at school

August 21, 2019
Can you believe it's that time of year again? For kids attending school, especially those headed off to elementary school, that means new teachers...
Previous Post

What you should know about eating disorders

July 19, 2019
Eating disorders are alarmingly common in the U.S. There are different types of eating disorders, which can result in extreme eating behaviors...
Next Post
Back to blog home

Which pain relief treatment is right for your child?

Clinic makes it easy to get a second opinion