Do You Know the Signs of a Concussion? 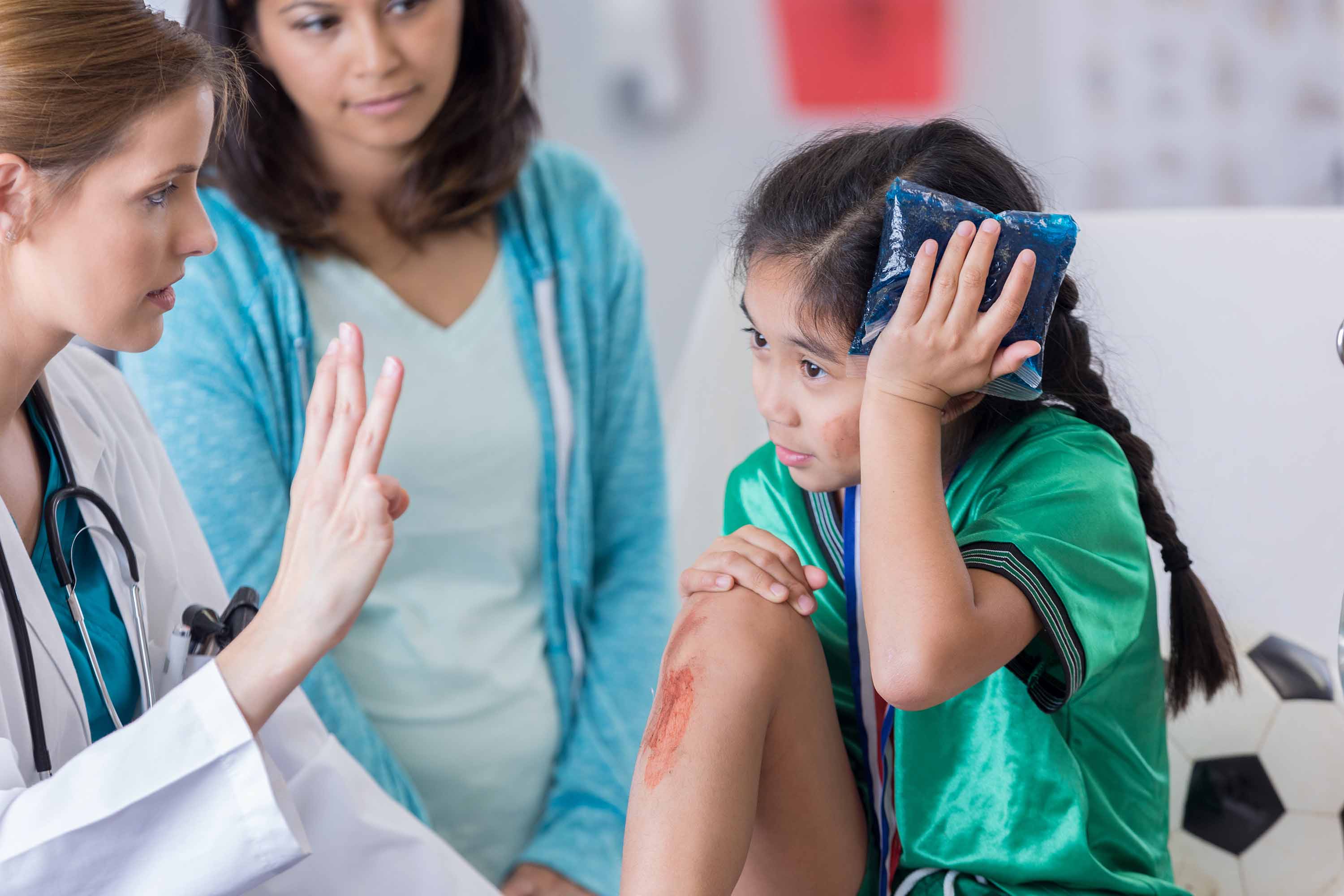 A JAMA study completed in July 2017 of 202 brains belonging to deceased football players, from professional to high school, showed significant evidence of chronic traumatic encephalopathy (CTE) in almost 90 percent of them, including 110 of 111 brains from players who played in the NFL.

A study in published in Radiology magazine in 2013 showed changes to the brain identified with specialized imaging that persisted for as much as a year after sports related hits to the head. While these studies cause concern about head injuries in sports, there is so much that is still unknown. CTE may be linked to concussions, but it is not clear who might get CTE and how many athletes might be at risk for CTE. We also don’t know if there are other things that can contribute to the development of CTE, such as genetics, substance abuse, and other lifestyle factors. Although brain changes can be seen with specialized imaging after head impacts it is not clear what this means for ones long term health and potential future complications.

With so much in the media about concussions and CTE, youth sports can become scary for parents. We need to balance the potential risks of injuries, including concussion in sports with the huge benefits organized sports can provide. Kids who participate in sports tend to become healthier and more successful adults. We need to remember that most adults are by far more likely to have complications of diabetes, high blood pressure and obesity than CTE, issues that are less likely of one learns to be physically active as a child. While concussions can cause some very serious long-term issues, if managed appropriately many athletes recover. That doesn’t mean we can ignore concussions. There are times when the risk of more head injuries and concussions just becomes too much for an athlete to continue with some sports.

Here is what we do know:
It's important to recognize when there has been a concussion because, until the concussion has healed, the brain is more vulnerable and it’s easy to make the injury worse. Sometimes concussion symptoms are subtle, and people may not make the connection between symptoms and the head injury.

Here are the things to consider when someone has received a hit to the head, big or small.
A concussion can happen from anything from a small hit to a major blow to the head or sometimes even a hit to the body that causes a whiplash injury. Sometimes several repeated very small hits could add up to cause a concussion, even if the first hit or two don’t cause symptoms.  When the head is hit the brain can shift around inside of the skull, and this stretches and damages brain cells and disrupt connections between them.

People tend to believe that if they've been in an automobile accident or have taken a hard spill, they will know when they have a concussion. That seems logical. But, it's not necessarily true. Sometimes the symptoms start immediately.  However, sometimes symptoms don’t show up for up to 3 days which can make it more difficult to put the symptoms with the injury.

It is important to visit a healthcare professional within a day or two if you suspect a concussion. BUT seek care immediately if you experience any of these serious symptoms:

Common myths of concussions
Having a concussion is not usually like what you might see in the movies where the injured individual bounces back to normal within a few minutes or hours.  The brain is the most complicated part of your body and it can take time to heal. Recovery can range from days to weeks, rarely months.

It's been widely believed that you should never let someone who has had a head injury to fall asleep because it was feared that they would fall into a coma or die. This is not true. You should let the person sleep, but wake them up every few hours and make sure that are easily woken up and that they don't have more serious injuries.

Concussion treatment
Concussion generally will heal in time. Recovery might be different for different people ranging from days to weeks.  Typically adults will be better within about a week to 10 days. Kids might take 2-3 weeks. Teens seem to be the most vulnerable, taking an average of 3-4 weeks to get better. If you have had concussions in the past, recovery often takes longer with additional concussions.

Rest can help for the first few days after the concussion.

June 14, 2018
There are a lot of sunscreens on the market today and it can be very confusing on which one is the best choice. Mineral or organic? Sweat-resistant...
Previous Post

June 11, 2018
Soccer is an easy sport to learn at an early age, for boys and girls alike. It's a fast-paced, fun activity that's a great source of exercise...
Next Post
Back to blog home

Preparing for a New School Year - Advice for Parents

5 Tips to Keep Kids From Getting Sick at School

The background on bullying